The Institute of Mechanics of Continua and Mathematical Sciences started its journey on 2nd October 2004 with just fifteen mathematicians with a mission to develop the science for the benefit of humanity and a safer world. Professor Pran Ranjan Sengupta, eminent mathematician, and scientist, the founder President of the Institute believed that the research and development of mathematics in India would shape the future of science and technology of the world. We can fight against world hunger or global warming, cancer, or terrorism, the issue facing humanity at present.
The mathematicians and scientists of the Institute of Mechanics of Continua and Mathematical Sciences in collaboration with bright minds from across the global scientific Institutions and Academic Institutions along with like-minded individuals are working together to develop the quality of life. They are deeply engaged in research to find out the new way of fighting against hunger and disease to protect the environment of our beloved earth and innovate alternative energy solutions. This is just the beginning. The first issue so Journal of the Institute, “Journal Mechanics of Continua and Mathematical Sciences “came into light on 25th September 2006. Professor Binoy Kumar Lahiri, an eminent mathematician, and scientist has inaugurated the first issue of the journal. Dr. Sudarshan Roy Choudhury, Minister-in-charge, Higher Education, West Bengal, India was present as the chief guest on this auspicious occasion. A good number of distinguished Mathematicians and Scientists of West Bengal were present and delivered lectures and appreciated the new philanthropic mission of the institute.

The activities of the Institute will, for the present, be restricted in India with the power to extend these to all other countries also.

The institute will try to attain these objects by 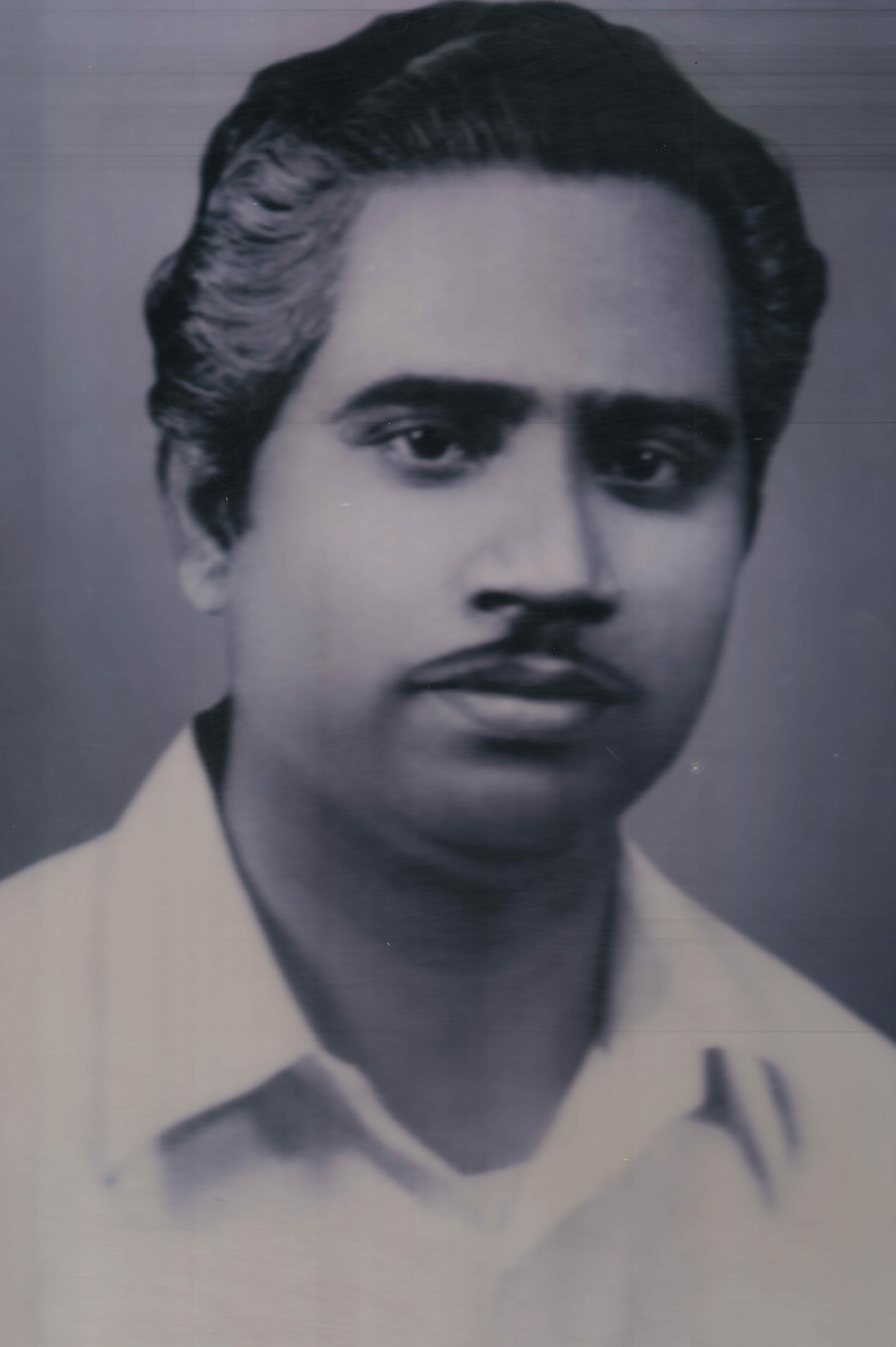 Prof. P. R. Sengupta, an eminent applied mathematician, was born on 28th August 1938 in Bagerhat, Barisal, now in Bangladesh. He passed the Matriculation examination from Sarapaprasad Vidyapith in 1951, I. Sc. in 1953, and B. Sc. in 1956 from City College, and M. Sc. examination in applied Mathematics in 1959 from Calcutta University. Prof. Sengupta Was awarded the Ph.D. Degree from Jadavpur University in 1963 under the guidance of Prof. B.B. Sen and D. Sc. Degree from Kalyani University in 1978. He started his teaching career at Ramakrishna Mission Vidyapith, Belur in 1960, and joined as a lecturer in Mathematics at Kalyani University in 1966 and was attached there till his retirement as a professor in 2002.

He had a great contribution in the field of Continuum Mechanics with more than 1000 Research Papers in Nationally and Internationally reputed Journals and more than 60 Ph. D. Scholars. Prof. Sengupta attended more than 200 National and International Seminars/ Symposiums and became the President, Mathematics Section, Indian Science Congress association in 1955. His attachment as an active member had enlightened various societies and organizations. He was the founder President of the Institute of Mechanics of Continua and Mathematical Sciences. Prof. Sengupta was a fellow of the National Academy of Science, Academy of Science & Technology, and FIMA(UK).

He was a man of wisdom and apart from his outstanding contributions in Mathematics, he had a great interest and knowledge in various subjects in science like Physics, Chemistry, Statistics, Computer science, etc. Prof. Sengupta was Keenly interested and had great knowledge in Literature and Arts and contributed a large quantity. His simplicity, generosity, affection, religious mind, great soul and so many greatest qualities touched everybody’s heart.

Intending to extend the philosophy behind the universal proverb “Mathematics is the queen and servant of all sciences” one Bengal born Indian Mathematics personality late Professor Pranranjan Sengupta had his cherished desire to bring all his disciples mainly the researchers in the field of applicable, mathematics “TO DREAM MATHEMATICS; TO FEEL MATHEMATICS; TO TRANSFORM THE DREAM AND FEELING TO REALITY FOR A BETTER WORLD”. The Desire came to reality on the memorable day of 2nd October of 2004 when “The Institute of Mechanical Continua and Mathematical Sciences”, was founded in presence of some fifteen teachers desirous of associating themselves in research activities in the field of the applicable mathematics (2nd October is observed as a memorable day in India as the birthday of Mohandas Karamchand Gandhi, founder of a nonviolent form of struggle for Indian Independence. Under the Presidentship of Prof. (Dr.) P.R.Sengupta, Institute of Mechanics of Continua and Mathematical Sciences(IMCMS) proceeded one step forward by deciding to start a journal for publication of research works in the field of applied mathematics.
The name of the journal was decided as “JOURNAL OF MECHANICS OF CONTINUA AND MATHEMATICAL SCIENCES”.
After the sad demise of Prof. P.R.Sengupta, his researchers and disciples decided to keep the spirit of late Prof.Sengupta’s unfulfilled desire for the continuance of activities of the Institute through the reconstitution of office bearers of the institute and board of editors of the journal. Being privileged by the members of the institute, I am performing the responsibilities of the president of the institute and chief editor of the journal since then. Publication of the first issue of the journal dated the 25th of September 2006 has been our tribute to the memory of the late Prof. Pranranjan Sengupta. We feel proud to convey the message that all the issues of the journal have been acknowledged by national and in international researchers We are receiving a good number of research papers from research workers of Asia and other parts of the world for publication in our journal.
Our aim has mainly two folds: Continuance of functioning of our institute and regularization of publication of the journal are targeting at this very moment. The best endeavor from our side would be a continuation of our activity for keeping the memory of our teacher who lighted the candle of research unlimited in our minds. We firmly believe that the confluence of the awakening of humanity enhancing research activity is the only alternative for the survival of the world civilization.

With a philanthropic mission, we have established the Institute of Mechanics of Continua and Mathematical Sciences on 2nd October 2004 on the auspicious birthday of the father of the nation of India, Mahatma Gandhi with just fifteen mathematicians of West Bengal, India. Professor P.R Sengupta, D.Sc, F.A.Sc.T, F.I.M.A(U.K), F.N.A.Sc, eminent mathematician and scientist was the founder President of the Institute. He demised on 21st May 2005. He taught us that mathematics is one of the greatest weapons to fight against hunger and global warming that facing the entire world now.

A good number of mathematicians and scientists of Scientific Institutions and Academic Institutions from different parts of India and abroad have joined hands with mathematics-related interdisciplinary subjects. We promote and safeguard the interest of research workers who are working for the upliftment of humanity at the state level or national level to fulfill our mission. We aim to foster the spirit of international brotherhood and intellectual co-operation among the workers in the field of research work of mechanical sciences, mathematics, or international level.

We have already published our Journal of Mechanics of Continua and Mathematical Sciences, a journal devoted to original research in mechanics of continua and mathematical sciences. The first issue of the journal was published on 25th September 2006 by the institute. The first issue was inaugurated by B.K.Lahiri. eminent mathematician and scientist, in presence of a number of distinguished and eminent mathematicians of different Universities of West Bengal, India.
Now we are going to publish our journal, Volume-5, Number-2, January 2011. The articles are contributed to our journal by mathematicians and Scientists of different Universities, research
organizations of India and abroad.

On behalf of the Institute, I like to make an open call to all mathematicians and scientists of the world to send their original research articles to our journal to strengthen solidarity among research workers in the field of Mathematics and Mathematical Sciences to enhance the quality of life on our beloved
earth.